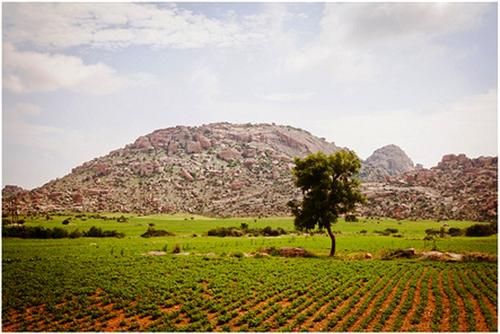 Bellary, the city that symbolizes the perfect blend of the ravages of the past and bountifulness of natural treasure has a semi-arid climate. It offers plenty of things for the travel-enthusiasts. Exploring the city that stands strong with an average elevation of 495 meters is indeed a great experience. This historic town is located in the midst of a level, wide plain of black cotton soil.

Demography and Topology of Bellary

Average Rainfall and Humidity in Bellary

Bellary city is having a very dry climate. Average humidity of the city is 57%. The humidity is maximum in the month of October which is about 71% and the month of March-April experiences the driest months of the year when the humidity reaches as low as 40% - 41%.

The meteorological observatory center located in Bellary makes it easy to understand the weather condition of the region. As said earlier, April is the hottest month of the year and temperature rises to an astonishing level.

Bellary has five seasons with different weather and climatic conditions. Phase between December to January is considered as winter like other places. Temperature varies from 22 °C to 22.8 °C. Months from February to March have an average temperature of 25.5 to 27.6 °C. This phase is considered as spring season for Bellary.

April to May is the summer season with temperature ranging from 31.2 degree to 31.3 degree Celsius. The season of Monsoon brings great relief for the people. They wait for the first shower eagerly. It brings cool breeze and makes people escape the unbearable heat.

During the months from June to September the city receives rainfall and the temperature varies from 28.2 °C to 26.7 °C.

Autumn season appears with the month of October and continues up to November. The average temperature during this time stays around 26.2 °C to 23.2 °C.

The coordinates of this city is 15°09´ N76°55´ E. This historic town is located in the eastern region of Karnataka and bounded by Chitradurga, Raichur and Dharwad districts. It lies in the Bellary district. Now, Bellary is the district headquarters with number of industries and business organizations. The city is coming out of its shell from a historic town with ravages to an industrial hub. It is embraced with beautiful granite hills and rocks. Unraveling the natural treasure has become common in this town. Now, it is used for business purpose.

The two major granite hills, Ballary Gudda and Kumbara Gudda are the major attractions of the city. Thousands of travelers crawl to this part of the world to witness the amazing creation of Nature. Geologists and students are also allured to have a glimpse of the beautiful granite hills that grabs the attention of the people. 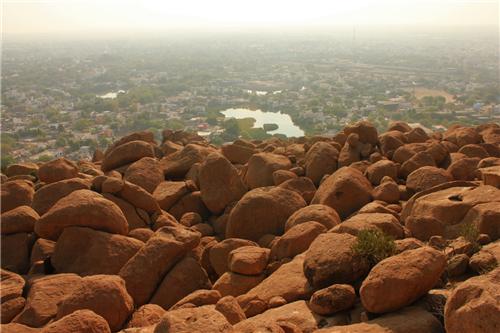 There are many other granite hills which attract the attention of number of visitors coming across the world. Kaate Gudda is quite famous. It stands opposite to the Municipal College. The hill is nick-named as Kaage Gudda. There is another hill located in Shastri Nagar – Parvathi Nagar area. It is Eshwara Gudda. It stands behind the famous Lingeshwara Temple.

Apart from granite, copper, red-oxide, calcite, gypsum, white clay, lime stone, iron ore, manganese, and decorative stones are also found in and around Bellary. Thus, it offers wide scope for the geologists to explore the beauty of the natural treasure.