Localities and Area in Bellary

Bellary –the city that offers a palate full of the essence of the past is rapidly growing in terms of economy and population.  Now, it can be aptly called as an industrial town. The fast developing city has become the abode of number of people coming across the planet. With the increasing demand for shelter, number of colonies and societies are growing in this part of Karnataka. The city is definitely a great option for many professionals. 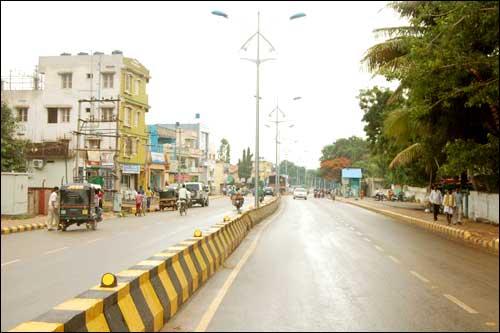 Famous Localities and Areas in Bellary

S.N. Pet Road is named after a temple – Satyanarayana Swamy temple. It is situated near the S.N. Pet Railway Gate. This locality consists of many Government offices, temples, hangout spots, schools, ice-cream parlors, Supermarkets, hospitals, chat centers and many more. It is has become a residential area with houses of number of businessmen.

It is indeed a very busy road that connects the Gandhinagar (North East Bellary) to the Royal Circle (The central Bellary). It is just 3 km away from railway station and 5 km from bus stand. S.N. Pet is a religious hub with many temples like, Raghavendra Swamy Temple, Lord Anjanaya Temple, Lord Shiva Temple, and Lord Venkateshwara Temple.

S.P. Circle is another main junction of Bellary. This name is given to it because it consists of the residence of Superintendent of Police. It is connected to Parvati Nagar Main Road, SH-19 Road and Infantry Road. At the very heart of the circle, you can see the Indian Emblem Stone. The Circle is about 6 km far from the Bus stand and 4 km far from the Railway station. You can easily move to Ananthapur, Siruguppa, Guntakal and Bangalore from this part.

Parvathi Nagar is the most happening place in the city. This locality is well-connected by the Infantry Road, SH-19 and Moka Road. You can reach the railway station in just ten minutes from this part. It is near to the famous Kanaka Durgamma Temple. This nagar is well-developed and shelters many reputed personalities of the city. It consists of many banks, business firms, hospitals, colleges, schools, hotels, sport clubs, parks and function halls. Many nationalized banks like ICICI Bank, Axis Bank, IDBI Bank have opened their branches in this part of the city to meet the requirements of their customers. Some of the most reputed educational institutions like Nalanda College, The Pupil Tree are situated in this part of the town.

The Governments Police Gymkhana Club is situated in Parvathi Nagar. The famous Davangere Benne Dosa hotel is situated at the center of the area.

This Road is named after The Father of Nation. It consists of four crosses and each has its own importance and significance.1st cross is very crucial from business perspective. It has many colleges, complexes, business firms, hangout spots and hospitals. Many schools are located here. Mother Teressa School, Women’s college, Management Institutions are few of the examples of a long list.

The nagar stretches from Sanganakallu road to the Lord Durgamma Temple. It also connects to Kappagal Road. If you are a fun-loving person you can visit this part of the city. It offers many hangout spots to enjoy your fun-frolic-filled evenings. Tekur Subramanya and some of the most prestigious personalities reside here. It is not far from railway station and bus stand.

It is considered as one of the posh localities of the city. It begins from S.P Circle to the Cantonment area. Tasty food corners, commercial outlets and branded shops are located here. Both local and international brands are offered here. Apart from these, many furniture stores, gym equipment outlets, home appliances shops, pizza parlors and garden make this locality the best place of the city.


More Localities and colonies in Bellary