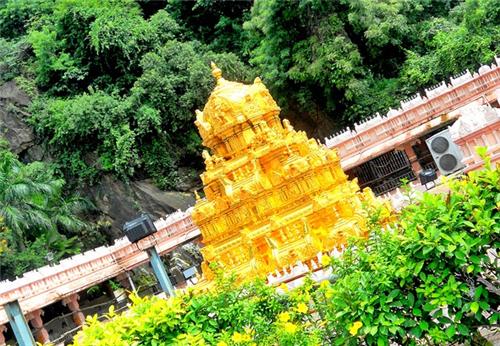 Bellarians reflect the color of true Indians, who believe in the supreme power and devotion. Being a land of many temples, the city helps the pious community to delve deep into the roots of the past and discover the presence of the almighty. Stories behind the naming of the city reflect the utmost devotion of the people towards gods and goddesses. Their piousness, devotion, faith and sacrifices show the true color of the Holy land, India. The city has wonderfully balanced the two streams of living – faith on the almighty and modernization of thought. Presence of so many temples, organization of fairs and festivals in the name of God and various religious rituals and activities by the locals elevates the town to a religious abode. Though the land is mostly filled with Hindu communities, yet people of other religions live here happily and peacefully. There are many churches and mosques too.

Religious Structures and Their History

Built by Vijayanagara rulers, the Chalukyas and Hoysalas, these religious structures prove the architectural brilliance. The city stands as a perfect example of the wonderful creation of the past. There are number of temples in the city, which makes the locals and travelers feel close towards the supreme power.

Durgamma Temple - This is no doubt one of the most popular spots for Hindu religious community. The temple tells the story behind the name of the city. People believe that the name Bellary has been taken from ‘Balari’ which means Goddess Durgamma. She is the supreme female deity of the land. The temple is a great architectural piece that allures lot many historians and art lovers. It is located in the Gandhinagar area.

Malleswara temple - It is another famous name for the spiritualists of the land. It reflects the stories of the past. The structure is beautiful and attracts many. It is located in the Fort area. It is also associated with the name of the city. People say that it acquired its name from Balleshwara, Lord Shiva. This temple was built after some devotes placed the 'bala' and named it so. Gradually, it was re-named as Malleswara.

Laxminarayana Temple - It stands on the Brahmin Street and instills the feeling of devotion and faith among many devotes in and around Bellary.

Yogini Kolhapuri Mahalakshmi Temple - This temple is situated in Vidyanagar. It is also popular among the religious people of the land.

Pattabhirama Temple is another notable temple in the district. Being constructed in 16th century, it is located in the southern region of the river Tungabhadra. It is a large structure with brilliant carvings.

Vijaya Bhavani or Dussehra Dibba Temple was built by Krishnadevaraya to show his devotion and gratitude towards the Supreme Being after his great victory in Orissa. Exquisite cravings on the walls of the temple show the creative side of the people of that era.

Virupaksha Temple was constructed in 1509. It is also named as Pasupati Temple. Some say that Krishnadevaraya built this temple to celebrate his victory over Gajapathi and Bijapur rulers. The main attraction of the temple is the huge image of Lord Shiva.

Vittala Temple was found on the banks of Tungabhadra. It is a Vishnu temple and stands silently to depict the stories of Vijayanagara Empire.

Hazara Rama Swami Temple is dedicated to Lord Rama. It was a place of worship for the royal family.  They offered their prayers in this temple. Various incarnations and images of Lord Vishnu and beautiful carvings are attractive features of this temple.

Twin Temple reflects the wonderful creativity and architectural excellence of the Chalukyas. The exterior walls of the temple are decorated with different varieties of carvings and images. Fifty-nine glossy and polished pillars can be seen in this religious structure.

Apart from these there are many other religious spots that attract the religious community as well as the art lovers.

Explore more about Tourism in Bellary